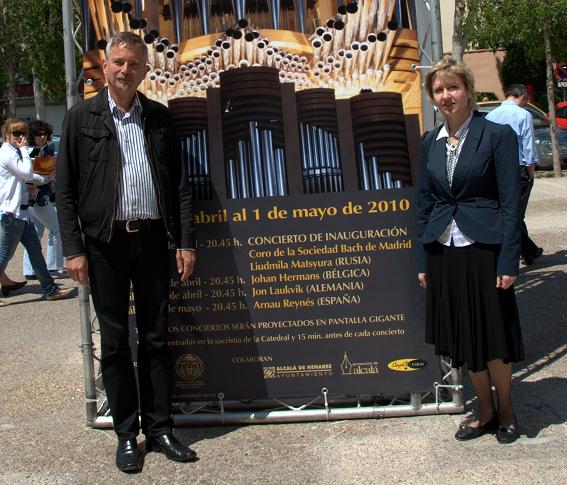 The third concert of organ IV Festival Internacional de la Catedral de Alcalá, which was held on Saturday April 24, met again several hundred people who filled the Master again, to see and hear a great performer with his virtuous hands gave voice to the great body of the temple Blancafort Complutense, making the audience enjoy a beautiful concert. Notably, among the attendees, was the bishop of the diocese D. Juan Antonio Reig Plaque not want to miss this fourth edition of the Festival, making a hole in his busy schedule as long as their duties allow. The German musician known teacher and Jon Laukvik of Norwegian origin, fulfilled all the expectations raised among the public and the organizers of the Festival. We should thank this great musician have known how to choose a very varied and also include music that it often sounds. The audience appreciated the freshness of the preludes of elegance and exceptional taste in the interpretation of the sonata C.Ph., E. Bach, son of grandmaster. We did enjoy all attendees of the great strength drain Mendelsohn and enjoy with Bach’s final work

Video – summary of the Concert