Hundreds of children accompanied by their parents, grandparents and relatives filled the Cathedral-Magistral to attend this educational “family” concert. See article on this concert in the Journal of the European Union EMCY

The Cathedral completed its capacity with a very special children.Accompanied by their parents, grandparents, cousins ​​and other relatives attended the didactic concert, offered under the International Organ Festival II “Ciudad de Alcalá” organized by the Diocese of Alcalá, in collaboration with King’s College Foundation, Youth Musical Alcalá and sponsors Town Hall.

Thanks to the explanations of Eva Alonso and audiovisual support pictures, films and so on. all participants young and old were able to discover the secrets of the body, the King of Instruments. Of particular importance was the original placement of a video camera in front of the organ keyboard that projected his image on a giant screen installed at the altar of the cathedral.

For an hour, Liudmila Eve and made possible all the magic that drew surprised and overwhelmed. Because to understand the body, there is nothing like seeing it in operation: four keyboards, dozens of records, the bottom bracket, more than two thousand pipes. Importantly, the two organ pieces played by the oboe with the school teacher Jeunesses Musicales Iñaki Urbina, whom we thank for their participation.

“The combination of Blancafort organ, built in 200l, the experienced and professional hands of the organist, Liudmila Matsyura is a real privilege for the city of Alcalá de Henares we all must take.”

Among those attending the concert included the presence of: D. Jordi Roch, President of Jeunesses Musicales of Spain and Honorary President of Jeunesses Musicales International, along with the councilman of Culture and University Dña.Dolores Cabañas, great promoter of this second edition of the festival. In Ecuador International Festival of speed ahead, with great success of attendance at each concert, the organizers did not hide their satisfaction at the success of the event and the number of compliments received. Our thanks to the Bishop of the Diocese Complutense, Jeunesses Musicales Alcalá de Henares, and especially the sponsors: the Alcalá de Henares City Council and the King’s College Foundation. All thanks to bet on this II International Organ Festival.

Video: A small fragment of the end of the concerto 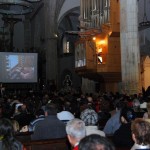 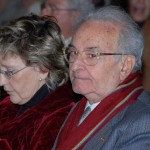 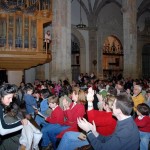 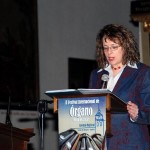 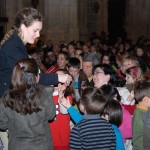 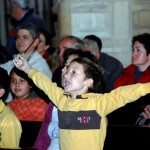 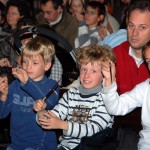