GREAT SUCCESS OF THE FIRST CONCERT OF THE INTERNATIONAL ORGAN FESTIVAL

This Saturday, April 12 was held at the Cathedral-Magistral de Alcalá de Henares (Madrid) with a large public attendance, the first concert organ in the International Organ Festival “Ciudad de Alcalá”, this year comes to second edition, with the sponsorship of Hall audience Ciudad.Entre the huge host were the Councillor for Culture and City Council University of Alcalá, Dolores Cabañas, director of the Culture of Jose Maria Nogales City Council, the Manager of the FCR Cabrilla Guillermo, President of Jeunesses Musicales, Juan Antonio Jimenez, several members of the Sociedad Lírica Complutense, of the choir Schola Cantorum, and numerous people involved in the cultural world of the City and the Community of Madrid.
Responsible for opening the concerts was Liudmila Matsyura, organist of the Cathedral Complutense, who participated in the festival representing his native Russia. The organist is also the Artistic Director of the Festival. The program consisted of works by Bruhns, Bach, Vivaldi, Messiaen, Julia, Dubois and Widor. A brief presentation by the authors of the works, and read during the concert notes prepared by the agency itself helped the participants to better follow the recital.
With great skill and an impressive professional technique, the product of experience gained and perfected in the hundreds of international concerts he has done during his more than 20 year career, Liudmila Matsyura, managed to extract Blancafort organ immense Cathedral variety of sounds and colors that were impressed and delighted the audience.
Press Release Summary Sources: elpais.com, www.musicaenalcala.com, www.catedraldealcala.org 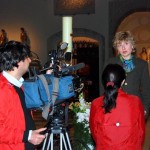 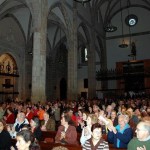 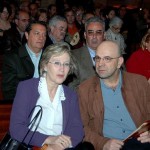 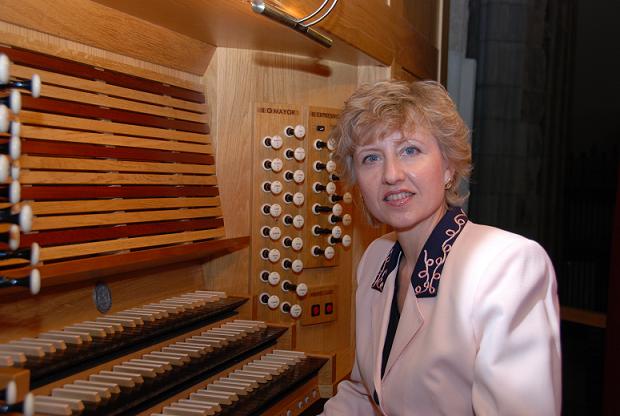 Liudmila Matsyura at the keyboard of the organ Blancafort 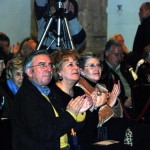 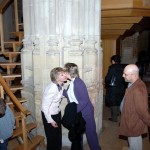 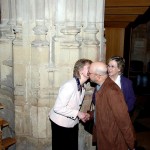