On Saturday April 5 opened the second annual International Organ Festival “Ciudad de Alcalá”, with a concert in which she played the “Gloria” by Vivaldi. For this occasion, and in exceptional circumstances, the Schola Cantorum and the choir of the Complutense Lyric Society under the baton of their respective directors, Nuria y Vicente Ariño Matamala with Liudmila Matsyura organist, joined in the interpretation of the famous work Venetian musician.

He accompanied the “Gloria” the organ of the Cathedral, the real star of the Festival, under the expert interpretation of Liudmila Matsyura, organist, who also offered attendees the Toccata and Fugue in D minor J. S. Bach.

The concert was attended, along with a huge host public, organizers, sponsors and partners of the Festival: Bishop, City Council and Jeunesses Musicales.
Bishop Jesus Catala, Bishop of Alcalá de Henares, welcomed the attendees at its headquarters cathedral inviting to enjoy the organ music and choir as a privileged channel to approach the Mystery of God. In his initial greeting recalled the words of Pope Benedict XVI blessed the new organ at the Alte Kapelle in Regensburg:

The great composers, each in its own way, wanted his music to glorify God. Johann Sebastian Bach wrote in the title of many of his scores the letters SDG, Soli Deo Gloria, only for the glory of God. Anton Bruckner also placed at the beginning of the words: “Dedicated to God.” May the majesty of the chapel and the harmony rich liturgy of the new organ and singing solemn guide to all who frequent this magnificent basilica to the joy of faith. 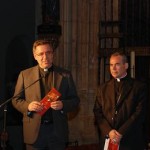 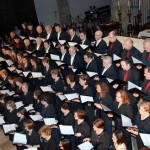 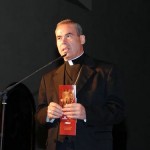 The festival’s artistic director, the organist Matsyura Lyudmila, welcomed the collaboration of several institutions in organizing the event and recalled the same program. For his part, Councillor for Culture, Dolores Cabañas, confirmed the City Council will continue to support in subsequent years this international event. 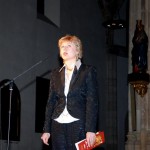 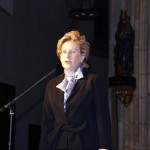 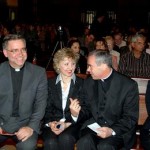 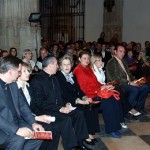 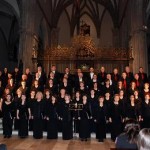 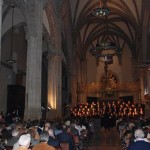 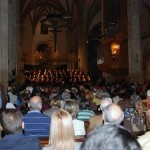 Also present were: Marta Viñuelas, Councillor for Tourism, Virginia Sanz, Councillor for Youth and Children, and Juan Antonio Jiménez, president of Jeunesses Musicales de Alcalá de Henares, along with his wife Eva Alonso, who will have an important participation in the Family Concert on 20 April, and many people linked to the world of culture. 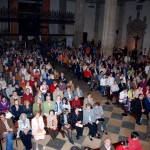 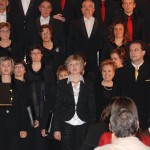 Video: brief summary of the concert.